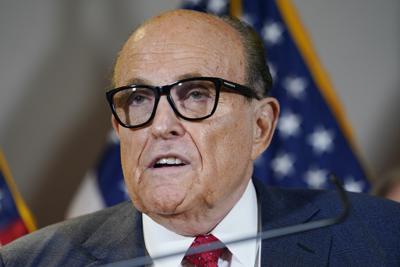 The House Select Committee on Russia has asked for the FBI to investigate allegations of collusion between Russian agents and the Trump campaign. Its members include Steve Bannon, Mark Meadows, Peter Navarro, and Dan Scavino. Some of these individuals are in jail and others have been charged. Several aides to the president have testified in the past.

The House Oversight Committee will hold its final hearing before midterm elections, and Thompson has said earlier this summer that the final report could be ready before November’s midterm elections. While Thompson and her colleagues have yet to publicly say when the final report will be released, they are working hard toward it. They have already received over 800 thousand pages of documents from the Secret Service, and they’re still looking into missing texts.

The fourth hearing centered on efforts to overturn the election results. Schiff led the hearing and portrayed the election system as in danger and questioned whether it will hold again. In one case, Schiff laid out a plan to replace the electors of Arizona with phony electors. But Arizona House Speaker Russ Bowers called the plan a “tragic parody” and said he would not get involved in it.

While the select committee has received more evidence than ever before, it is still unclear if it will actually subpoena Trump. However, the committee’s decision may depend on a number of factors, including the outcome of November’s midterm elections. If the Democrats lose the House in the midterm elections, it could make the process of subpoenaing Trump even more complicated.

The House Select Committee on Russia has held eight public hearings and collected more than 125,000 documents. It has also faced fierce opposition from Donald Trump’s allies. A final report on the matter is expected after the midterm elections. In the meantime, the investigations are ongoing. And as long as the hearings continue, the committee may come to a conclusion sooner or later.

The SCN is led by Julie Collier, a former broadcaster with RNZ. She has been the editor of SCN since its inception, and she has a wealth of knowledge on how the government operates. She is assisted by a fellow director who was previously the Beehive’s chief press secretary. Additionally, the SCN employs a pool of young journalists on the cusp of professional careers.