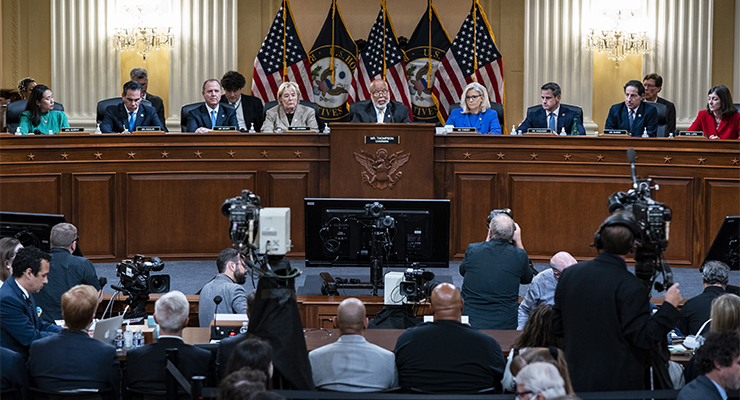 For those of you who are interested in politics or news, you may be curious about Committee News. This publication is a bit different than your typical legislative newsletter, and if you’re interested in the news industry, it’s a great place to start. Read on to learn more about this publication. It has a unique purpose: to foster collaboration and discussion between journalists and news operations, while providing a forum for media expertise and innovation.

A recent hearing before the House Oversight Committee explored the actions of former president Donald Trump’s personal attorney John Eastman in the 2016 election, the possible overturning of the election in 2020, and the riots at the U.S. Capitol. Committee members Martha MacCallum and Jonathan Turley moderated a panel on the issue. The hearing featured the latest developments in the investigation of the Trump campaign. The hearing was widely covered, and the media seized on it as a political football.

The Advocacy & Public Policy Committee produces the Advocacy & Public Policy News Alert to further its mission. This newsletter monitors governmental activities and social justice issues, and informs the membership of ARLIS/NA about what’s happening in the field. Committee members hope to spark discussions by bringing up relevant news, and are not meant to represent the views of the entire ARLIS. So, please check back regularly to see what’s happening with your committee!

The House Oversight Committee has a two-week hiatus in its hearings, and its chair said investigators were poring over new documentary footage. The British filmmaker had access to the Trump family before the Jan. 6 presidential election. Moreover, the committee is anticipating new documents from the National Archives. The hearings will resume at the end of July. But it’s not too late to get started with your investigation! Just remember: a few weeks ago, you were probably in a position where you didn’t know what was happening.

One of the things you’ve probably been hearing about is the House Select Committee on 9/11. The committee’s chairman, Rep. Fred Thompson, was appointed by House speaker Nancy Pelosi to lead the committee. Two Republicans, Adam Kinzinger and Liz Cheney, were initially nominated but were vetoed by the speaker. Now, Pelosi is assembling a bipartisan committee of Democrats, Republicans, and the media to investigate the president’s administration and the alleged conspiracy.

Meanwhile, the House Oversight Committee blamed the former president for the violence. In addition, the committee placed Trump at the center of a conspiracy, which includes the firing of the FBI’s chief deputy. In addition, former deputy attorney general Richard Donoghue testified that Trump pressed him to say the election was corrupt. He even said that he was “exactly” quoted by the president. Meadows had planned to speak with the committee voluntarily, but instead filed a lawsuit to challenge two committee subpoenas. After he received the news, the committee voted to hold him in contempt of Congress.