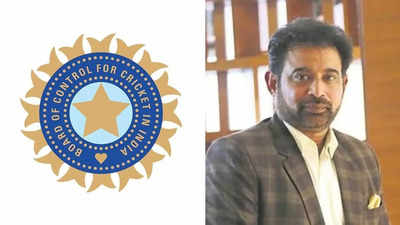 The World Selection Committee is a group of five people who are chosen by the organizing committee to review the latest crop of applications and make recommendations to the Olympic Committee. They are tasked with the mission of making sure that each country’s athletes are represented at the highest level, and that the competition is fair and balanced.

The selection committee meets three times a year. Each time it makes a decision about a shortlist of candidates. This decision is announced via an email blast to the members of the committee. It’s a process that’s not without its share of controversy. For example, former New York consul general Dani Dayan walked away from the race, reportedly to become the chairman of the Yad Vashem Holocaust memorial.

The most important task of the World Selection Committee is to make sure that all countries get to send their best and brightest to the Olympics. However, this isn’t the only function performed by the team. Aside from ensuring fair competition, the WSC also identifies and selects the most talented athletes in each country. As a result, the world’s most talented gymnasts, skiers, weight lifters and swimmers compete on the international stage.

The most elusive and difficult to achieve goal is to determine which of these highly accomplished athletes should be selected to represent their respective nations at the Olympics. In addition to the aforementioned criteria, the committee will look for other factors such as leadership, innovation, and performance. While the committee has no obligation to select an athlete based on such criteria, it is unlikely that an athlete will be removed from the selection process. That is, of course, if the athlete is able to prove his or her eligibility.

The most expensive and time-consuming step is to sift through the slew of applicants and whittle it down to the top half. While a number of countries compete for the top slot, the US managed to do the honors with a hat trick of wins. To help the victors along, the WSC has recently introduced a non-official subcommittee to streamline the process.

One of the most impressive achievements was the discovery of the first non-US applicant. The American team will face off against a much stronger competitor in Europe in October. Among the Americans are Kevin Mazeika, who mixes and matches the American contingent as he sees fit. Others on the team include Olympians Jessica Mendoza and Danielle Leyva and former Olympians Danell Leyva and Kimberley O’Keefe.